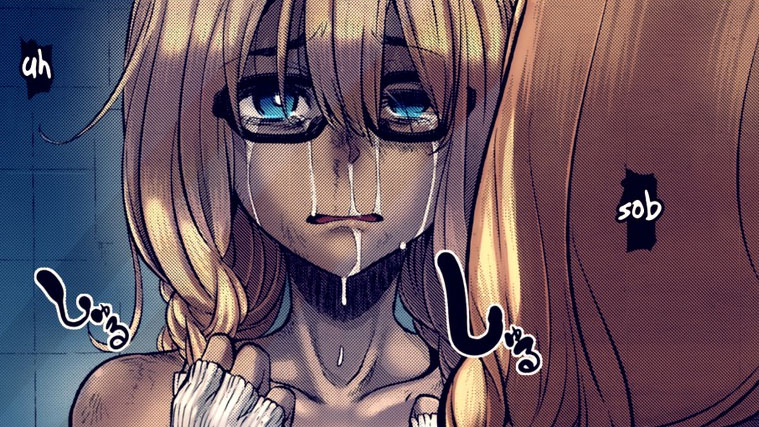 Saki Yoshida, a first-year high school student (age 15 or 16) with no social life, decides to make a big change to her life as she begins high school. After her first day of high school, she goes to a convenience store to buy a fashion magazine, only to run into a man named Hayato who invites her to a karaoke box.

In the karaoke box, he drugs Saki with alcohol and MDMA and rapes her, lying to her that he is only doing this because he loves her. Convinced by his lies, Saki falls in love with Hayato and begins dating him. These dates always end with Hayato giving Saki MDMA pills before they have sex.

If anyone on any social platform tells you such a 6 digit number, it’s the link to a manga on a specific site: n-h-e-n-t-a-i.n-e-t

What is the Emergence manga?

The simplest way to describe it is a hentai doujin on the site nhentai dot net, created by the artist Shindol. It’s risen to internet infamy for being depressing and cruel to the main character, Saki Yoshida. Even though there are many, much worse doujins out there, Emergence seems to have struck a chord with the internet.
Why? I don’t know exactly, but I can guess. Most doujins are rather short, maybe 15 – 30 pages, but Emergence is 225 pages long. Throughout the whole thing, you kinda hope that she gets a break, gets help, gets better, but it just doesn’t happen.
It’s not fantasy (like demon r*pe, tentacle r*pe, monsters, etc.) and because of that it hits much closer to home. Of course, it is exaggerated in some areas, but overall it’s very real.

Going into 177013, I knew it was bad, but goddamn. I’d be lying if I said I didn’t cry a couple times.
Going forth, here are a few warnings.

SPOILERS FOR EMERGENCE AHEAD.

Basically, Saki starts off a loner, looking like this.

The result is this.

It’s a big change, the first part of her metamorphosis. She’s emerging.

On the weekend (I think?) she goes out to buy a fashion magazine. She ends up meeting Hayato, who flirts with her and succeeds, taking her to karaoke.

They end up doing more than just singing, and Hayato gives her some kind of pill to enhance pleasure. It works, and they go at it with Saki now drugged up. When they’re done, Hayato leaves Saki there, passed out and in a bit of a shameful state. He puts his number on her phone so he can “call her when he wants to play with her again.”.

She gets up and leaves a while later, head still spinning. These kinds of ‘dates’ continue throughout their relationship.

Later on, Saki’s friends tell her about a sort of gig, which is basically just paid dating.

She decides to try it out, but it doesn’t go as planned. She ends up getting pressed into sex, and someone finds her photos from the gig, blackmailing her into sexual services.
Her being ‘close’ with the boys pisses off her friends, and they decide to ‘do something about it.

Back at home, it’s discovered that Saki’s father has gotten ‘restructured’ from the company he works at. Saki offers to help, but he insists she has to focus on school.

But her mother on the other hand thinks it would be good for her to help, insisting that she’s a ‘grown-up woman’. After a few… suspicious panels, her dad decides to go out to buy cigarettes.

He comes back drunk, smelling like alcohol, and r*pes Saki. And then keeps on doing it.

One day, when Saki goes back to class, her desk is defiled, vandalized with some less than kind words from her now-former friends.

So she runs out of class, crying, and wanting to seek help from her mom.

But she doesn’t get it. She slaps Saki, suddenly hating her own daughter.

You see, Saki’s father confessed to fucking her. And instead of seeing the issue with him, she thought that Saki ‘seduced him’. So Saki packs up and leaves to go live with Hayato.

Now this is where things start to take another downhill turn. Hayato has Saki try cocaine, and she discovers that he has an 8 million yen debt, which she decides she wants to help pay off.

But she doesn’t have a job, so she gets one. As a prostitute.

At this point, her looks change again.

It’s an even bigger change than the last one; more than just wearing makeup and letting her hair down.

And at this point, she discovers she’s gotten pregnant. She talks to Hayato about it, and he tells her to abort it. So she does.
With her next customer, she gets done a little late, so she goes to Mr. Obata’s coke shop, looking for Hayato. But he isn’t there.

She ends up getting once again coerced into sex and more drugs, this time through a needle. During the sex, she passes out, and when she wakes up she’s in a dumpster.

Turns out she got robbed, and in desperation she goes back to Mr. Obata to try to get an advance on her quota. He has her ‘earn it with her body’, and gives her a choice between money and drugs.

Guess which one she took?

After this, she goes back home to Hayato. Angered at the fact she has drugs and no money, he throws her out of the house.

With nowhere to go, she stops for a hit and ends up getting fucked by two homeless men, who offer to pay her with ‘cold food and a cardboard bed’.

She passes out yet again, and the men bring her back to where they stay.

It turns out that Saki’s pregnant again, but this time she decides to keep it. She’s going to change in order to raise this baby.

Surprisingly, she does pretty alright for herself.
She’s saving up a lot of money, even though she still has her drug habits.

One day though, some people spot her putting her money away. Instead of just walking away, they press her about it.

And they end up coming to the conclusion that she’s a thief. She tries to run, but one of the guys pushes her down, and they take the money.

She tries to get them to give it back, saying it’s for her baby, but a girl starts kicking her, saying she’s garbage, that she’s filthy, etc.
This abuse continues, until they leave, saying it’ll be bad if they stick around considering how much she’s bleeding.

Saki tries to tell herself it’s okay, but it doesn’t work.

She doesn’t know what to do.

So she kills herself.

If you’re still interested after that, you can find and read it at nhentai dot net. Just type ‘177013’ into the search bar.