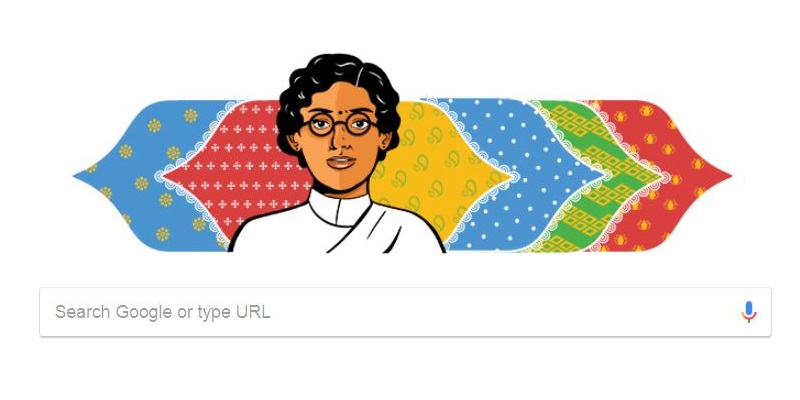 Why Anasuya Sarabhai was honoured with a Google Doodle

Google Doodle honours Anasuya Sarabhai : Google has chosen to honour a forgotten woman from our history pages with a doodle today on the occasion of her 132nd birth anniversary. Read on to know more about this pioneer of women’s labour movement in India.

Born in 1885 into a business family of Ahmedabad, tragedy struck when she was just nine when both her parents passed away. Anasuya was married off by her uncle at the tender age of 13. Refusing to tolerate her unhappy situation, the strong young girl divorced her husband and returned to her own family.

In 1912, Anasuya went to England to pursue medicine but shifted to the London School of Economics since animal dissection, mandatory for a medical degree, was in violation of her Jain beliefs. While in England, she was influenced by the Fabian Society (a more gradual and reformist form of socialism compared to Marxism), and also got involved in the Suffragette movement (championing the right to vote for women).

After returning to India, Anasuya started working with the marginal and disempowered communities. She opened a school for poor students of all castes, and crèches and toilets for women. Called affectionately as ‘Motaben’, Gujarati for ‘elder sister’, Anasuya took up the cause of women mill workers, after seeing the pitiable conditions in which they worked, often for 36 hours at a stretch.

Anasuya gave an ultimatum to the mill owners and even went against her brother, who was the then-president of the Mill Owners’ Association, demanding higher wages and improved working conditions for the labourers. She was successful and the trade union movement in India had its genesis in her work.

Mahatma Gandhi, a friend of Anasuya’s family, was a supporter and mentor to her. She was at the forefront of a 1914 textile workers’ strike in Ahmedabad and was also involved in a month-long strike in 1918, where weavers demanded a 50 percent increase in wages. Gandhi began a hunger strike on the workers’ behalf, and the workers eventually obtained a 35 percent increase. This led to the Ahmedabad Textile Labour Association (Majdoor Mahajan Sangha) being formed in 1920.

Vikram Sarabhai, the iconic physicist who is considered to be the father of the Indian space programme, was Anasuya’s nephew. Anasuya was a mentor to Ela Bhatt, Founder of the Self-Employed Women’s Association of India (SEWA). Anasuya Sarabhai died in 1972.

Published in World News Latest News Headlines and Your Story