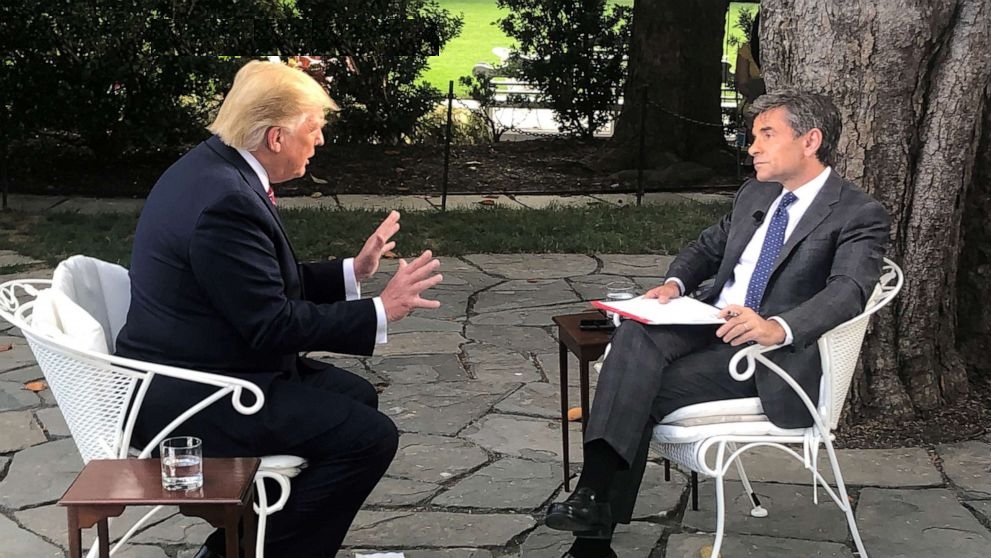 Donald Trump said, he would listen to foreigners and not alert the FBI if they offered dirt on opponents

President Donald Trump may not aware the FBI if foreign governments obtainable damaging information against his 2020 rivals during the upcoming presidential race, he said, despite the overflow of investigations curtailing from his campaign’s interactions with Russians during the 2016 campaign.

Requested by a press representative in the Oval Office on Wednesday whether his campaign would accept such information from foreigners — such as China or Russia — or hand it over the FBI, Trump said, “I think maybe you do both.”

“I think you might want to listen, there isn’t anything wrong with listening,” Trump continued. “If somebody called from a country, Norway, [and said] ‘we have information on your opponent’ — oh, I think I’d want to hear it.”

President Trump made the comment during an exclusive interview with Newsmen over the course of two days, wherein Stephanopoulos merged the president on a visit to Iowa and back to Washington for a day inside the White House.

Donald Trump disputed the idea that if a foreign government provided information on a political opponent, it would be measured interference in our election process.

“It’s not an interference, they have information — I think I’d take it,” Donald Trump said. “If I thought there was something wrong, I’d go maybe to the FBI — if I thought there was something incorrect. But when somebody comes up with oppo research, right, they come up with oppo research, ‘oh let’s call the FBI.’ The FBI doesn’t have enough agents to take care of it. When you go and talk, honestly, to congressman, they all do it, they always have, and that’s the way it is. It’s called oppo research.”

President Donald Trump mourned the attention on his son, Donald Trump Jr., for his role in the now-infamous Trump Tower meeting in June 2016. Stephanopoulos asked whether Trump Jr. should have taken the Russians’ offer for “dirt” on then-candidate Hillary Clinton to the FBI.

“Somebody comes up and says, ‘hey, I have information on your opponent,’ do you call the FBI?” Donald Trump responded.

“I’ll tell you what, I’ve seen a lot of things over my life. I don’t think in my whole life I’ve ever called the FBI. In my whole life. You don’t call the FBI. You throw somebody out of your office, you do whatever you do,” Trump continued. “Oh, give me a break – life doesn’t work that way.”

“The FBI director said that is what should happen,” Stephanopoulos replied, referring to comments FBI Director Christopher Wray made during congressional testimony last month, when he told lawmakers “the FBI would want to know about” any foreign election meddling.

But on Wednesday, the president disproved Wray’s sentiment.

“The FBI director is wrong, because frankly it doesn’t happen like that in life,” Donald Trump said. “Now maybe it will start happening, maybe today you’d think differently.”