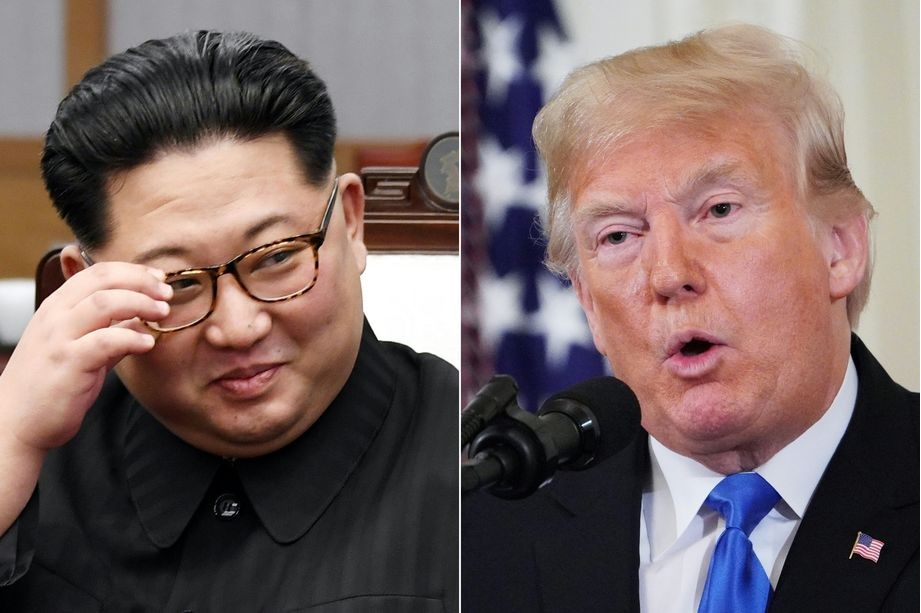 How Trump made the North Korea crisis worse

“Most people are not aware of how close we came to nuclear war and how plausible it actually was throughout 2017 and early 2018.”

He identified at least “seven or eight moments” when he believed war between the US and North Korea was possible. And while much of the tensions had to do with North Korea’s aggression before Trump took office, the president found ways to make it much, much worse.

“Trump talks shit everywhere about everybody, but only as it relates to North Korea did we come close to nuclear war because of it,” Jackson, a former Obama administration official now at Victoria University of Wellington in New Zealand, told me. “So I blame Trump, but I don’t blame him entirely.”

What’s scarier is that Jackson doesn’t see the relationship improving anytime soon. The current diplomatic opening is solely because of Donald Trump and North Korean leader Kim Jong Un’s relationship, he notes, but tensions could escalate if Trump changes his mind or leaves office.

“This is not a stable situation. We’re forced to rely on the whims of a dictator and a wannabe dictator,” he says.

A transcript of our conversation, edited for length and clarity, is below.

You wrote a book about the US–North Korea standoff in the first two years of Trump’s presidency. What’s the biggest takeaway?

The bottom line is most people are not aware of how close we came to nuclear war and how plausible it actually was throughout 2017 and early 2018.

Let’s dive into that. You could make the case that North Korea and the US have said threatening things to one another before. But some have suggested that Trump’s escalation may have made Kim realize America’s war threats were more real than not, and that that led North Korea to pursue a more diplomacy-focused strategy.

Do you buy that argument?

I don’t buy it. There’s no reason to expect that North Korea will do something against its interests because it was coerced to do it, and there’s nothing more in its interest than keeping nuclear weapons to protect itself against a potentially hostile US.

You don’t invest in nuclear infrastructure over a 60-year period just so that you can give it up right away. So the idea that you’re going to bluster them and induce them through fear misreads the situation.

We know over a 70-year history that North Korea responds to pressure with pressure. I don’t doubt that there’s a possibility Kim feared a bloody mess. But in the North Korean tradition and through their military doctrine, fear is an impulse to defiance. It’s not an impulse to capitulation.

So why Kim’s sudden turn to diplomacy in early 2018, then?

Kim told us why. He’s been pushing for simultaneously growing the economy and becoming a nuclear power. Now that he’s got the nuclear program where it needs to be, he’s decided to more aggressively pursue economic development, because that’s the other part of his strategy.

So where we are today is because Kim reached what he sees as a position of strength. He gave a New Year’s speech outlining his openness to talks, and it’s only at that point that the global outreach starts to happen. Then everybody fell in line and started kissing his ass.

If this relatively peaceful moment came about because of Kim’s strength — not Trump’s — why doesn’t current US policy reflect that?

US policy has not reflected reality in North Korea for several years. Even under the Obama administration, which I worked in, we were totally delusional the last couple of years when it came to North Korea.

Our policy then was heavily influenced by the conservatives in South Korea who had their own hard line toward North Korea. We were more concerned at the time, in 2015 and 2016, about South Korea starting a war, so we were sort of trying to give them whatever they wanted. That ended up meaning a lot of things that were antagonistic to North Korea.

So we ended up imposing targeted sanctions and flying nuclear-capable bombers constantly. We ramped up our exercise regimen with South Korea on the peninsula. All of that sent heavy, hostile messages to North Korea.

North Korea escalated the frequency of its missile tests from that point. Kim seems to have concluded that he needed to cross the nuclear threshold — and fast. That’s why you see the bulk of his missile tests happening in 2016 and 2017.

And so the Obama administration leaves Trump with a really dangerous situation.

A really shitty situation — but he inflamed it to a level nobody else would have.

So let me be clear about what you’re saying: The US has misplayed its hand with North Korea. No one faults Trump for having to deal with an overly aggressive Pyongyang. But where he is at fault is that he made the situation unnecessarily worse.

I think even if you had a generic vanilla president — somebody low-energy or somebody with a private email server — the structure of the situation incentivized crisis. The Trump factor brought it on quicker by opening up more pathways to war.

How you get to war matters, and the more pathways you have to war, the more dangerous the situation is. And it wasn’t just one pathway — there were three.

The first was a preventive war against a nuclear-armed adversary — basically the 2003 Iraq model — but in this case applied to a country with nukes. National security Fight Club rules one and two are: Don’t opt into nuclear wars. Statesmen should never do that, but that’s what the discourse in Washington was building toward.

The second pathway was inadvertent escalation. The Trump administration contemplated a small-scale strike that involved hitting Kim in some limited way and then expecting that to restrain him. But if it didn’t, it could’ve caused Kim’s defiance and retaliation. At that point, a cycle of violence would erupt that could quickly lead to a full war.

And the third pathway was pure misperception. I documented dozens of instances where either the US or North Korea had rational incentives to strike first based on information they were seeing, which in many cases was not even accurate information. And even when it was accurate information, they were signals intended to communicate a strike could happen.

So when was the moment — in any of these scenarios — when you thought, “This could be the moment that things really spiral out of control”?

Oh, I had seven or eight of those moments.

Here’s just one: Trump boasted in April 2017 that an armada was headed to North Korea. Kim pays a lot of attention to US military movements near his country, but he can’t find this armada; he can’t find the aircraft carrier that could indicate war is coming.

And the reason Kim couldn’t track it was because it wasn’t heading toward Korea, it was heading toward Australia. It took more than a week for the press to discover that. So Trump gave out false information that was inadvertently an indicator of war to Kim, and made more scary by the fact that North Korea couldn’t track where this thing was for multiple days.

That was huge — and remember that the US launched 59 missiles at Syria just a few days before Trump’s boast. In that context, everything could have gone south right there. We’re lucky that it didn’t.

Trump talks shit everywhere about everybody, but only as it relates to North Korea did we come close to nuclear war because of it. That’s because of the structure of the situation, and it was set up so that you had to be an astute statesman to manage stability on the Korean Peninsula.

He is not that, and the result is that we had this highly combustible crisis. But just because we didn’t have a war doesn’t mean we didn’t face greater risk of one than if Trump weren’t in office.

And so I blame Trump, but I don’t blame him entirely.

What do you expect of the US–North Korea ties going forward? One could argue that Trump’s openness to talks with Kim makes him uniquely useful in keeping the relationship relatively civil. Is it possible the two countries will actually be more friendly going forward?

No, I don’t think so. I think that Trump and Kim — but especially Trump — have personalized the nuclear confrontation in a way that makes the whole situation hostage to their personal chemistry.

Everything about what’s happening now is highly reversible, and in directions that do not favor a good relationship with North Korea. Trump’s not going to be here forever — and when he leaves, I don’t see who will carry the torch after he’s gone, because his views are not representative of anybody’s views when it comes to North Korea.

This is not a stable situation. We’re forced to rely on the whims of a dictator and a wannabe dictator, and the only thing that prevents either of them from making the situation worse is their personal chemistry.

While the diplomacy that’s happening right now is far better than everything that was happening in 2017, that’s not saying much. It could have been achieved at a much lower price and with much less fanfare.

What are the chances the US and North Korea go to nuclear war, then?

If I had to put a probability on it, I’d say it’s quite low. I would’ve said that even during the 2017 crisis, though.

The responsible thing for anyone in Washington to do is to look at the landscape and look at the pathways to war. Policymakers should routinely ask, “How might shit hit the fan?” And then, “How can we mitigate that?”

Otherwise, the risk of nuclear war is always there.