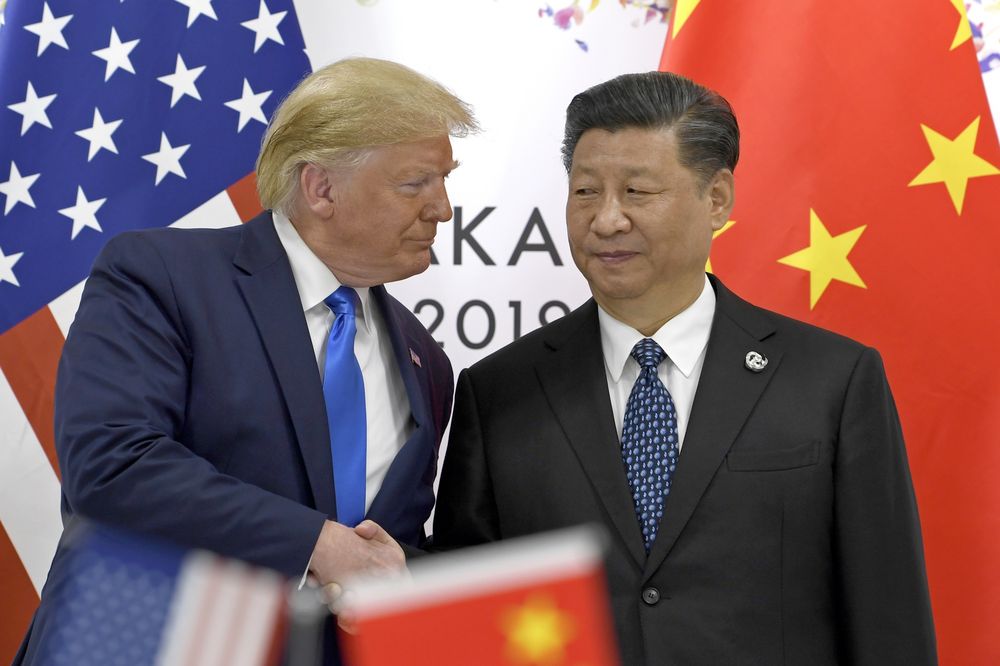 As a 5G and smartphone giant, Huawei used to live like a king. However, recently, the company has found itself like a chess piece in a great power game between the two biggest powers in the world.

As the target of US sanctions, the Shenzhen-based company has responded fiercely, even snatching the No. 1 position in the global smartphone market from Samsung. However, with the latest move to tighten access to core US technology such as semiconductors, Huawei is in a slump.

The US seems to want to find a way to kill Huawei to teach China a lesson, Stewart Randall, director of integrated software and electronics at consulting firm Intralink, said. So far, Beijing has not retaliated, although 15 months ago, it said it would create a list of untrusted US legal entities operating there. China’s Foreign Ministry has criticized Washington for “weaponizing” national security issues and abusing government power.

Kenny Liew, the telecommunications analyst at Fitch Solutions, said China will not retaliate. China is still reaping the benefits of companies like Apple. China’s action could prompt these firms to move production and assembly lines out of the country of a billion population.

Over the next two months, Beijing will likely “buy time” until the 2020 US presidential election ends, although analysts predict even if the Democratic candidate wins Trump will not mean that. Huawei will be saved. Whoever was elected in November, Huawei still needs to find a long-term solution to survive without American technology.

If Huawei survives the crisis, it will become a very different company. First of all, Huawei will no longer be the biggest smartphone brand in the world, even a high-end brand, as it depends on the Kirin chip itself. With the latest US ban, 2020 could put an end to this line of chips. This is something acknowledged by Richard Yu, director of Huawei’s consumer division, in early August.

In the first half of 2020, Huawei’s revenue increased by 13.1%. However, they cannot hold out for long with the reserve chips. Huawei had expected to sell 130 million 5G smartphones in 2021, but that target could be reduced by 75% to 30 to 35 million, according to research firm Isaiah. By the end of this year, the number of 4G / 5G smartphone chips in Huawei’s stockpile will decrease to about 50 million, including Kirin chips and chips from MediaTek and the possibility of exhaustion in the first quarter of 2021. After that, the company’s smartphone will lose its competitiveness because it cannot order from Qualcomm or MediaTek without a license from the US.

Experts believe that Huawei will enter the untapped market and have to restructure and narrow the scale to maintain profitability. The segment most affected is consumer products, which contribute more than 50% of the company’s revenue. Products in the department such as smartphones, tablets, and PCs, all need semiconductor components to operate.

As for the worthwhile 5G part, they also face a quandary as the base station depends on semiconductor equipment made by TSMC. TSMC was banned from supplying Huawei in a US ban in May. Besides being unable to access chip supplies, Huawei 5G equipment is also banned in many countries such as the UK, France, Japan, and Australia.

Even so, at home, Huawei is still doing relatively well when it comes to building 5G infrastructure, using previously reserved chips for critical base stations. As of April, the company signed more than half of the 5G contracts of the three largest carriers in the country, beating competitors like Ericsson and ZTE.

The fact that the Chinese government is doing nothing to support Huawei in its war with the US is a bitter pill to the company. Huawei was already in trouble with Washington because of alleged ties to Beijing. An anonymous investor in Shanghai compared Huawei’s situation with a pawn in the bigger battle between the world’s two largest economies.

“To solve the problem, China has to compromise because they cannot beat the US in the chip industry right now,” he said. “China cannot localize the semiconductor supply chain in the future.” In this manner, China presented a modern charge motivating force approach as well as a new tax incentive policy in early August to energize development within the household semiconductor industry.

Beijing did not retaliate on Huawei’s behalf, showing a shift in strategy, from “tit for tat” with Washington to preventing bilateral relations from collapsing right before the November 3 presidential election. Szeho Ng, director of research at China Renaissance Securities, said Huawei cannot handle the troubles it is having on its own. It depends on foreign policy between the US and China.

At Huawei headquarters in Shenzhen, business seems to be going as it should, but employees are starting to worry about their jobs. The Hoa Nam Post Office in the morning interviewed a number of employees, they said rewards could be cut and even lost their jobs in the near future. Some people started looking for new jobs. A salesperson at the marketing department said he had been cut off unnecessary daily expenses. “No matter how big Huawei is, a trading company cannot compete with the US.”

An engineer working for the research and development division is considering stopping working after less than 2 years. He said that the R&D budget may well be decreased on the off chance that adds up to income diminished. You can leave if that happens. In the beginning, it was Huawei’s enormous R&D costs that attracted him to apply for a job.

However, not all are worried. Another salesperson within the marketing division says the work is normal and has not gotten a pay cut. Another employee is confident that the company will survive despite admitting that the job has become more stressful because of the current situation.

If Huawei leadership has a rescue plan, they also keep it a secret from subordinates. Another employee thought that management wanted to keep quiet and not disclose it because of fears of being targeted by the US again.

Before Huawei, ZTE also clashed with Washington in 2018, when it was banned from using American technology for violating past agreements and found illegally shipping US-origin goods to Iran and North Korea. Huawei was also accused by Washington of violating US sanctions, leading to the arrest of CFO Manh Van Chu, daughter of founder Ren Zhengfei, at Canadian airports in late 2018. She was accused of a cover-up. Huawei’s contact with an Iranian company.

But ZTE’s troubles are over. After Chinese President Xi Jinping “asked” President Donald Trump to back down, the ZTE ban was lifted and the company agreed to pay an additional $ 1 billion fine while allowing US authorities to monitor operations.

Xi is unlikely to interfere in Huawei’s case this time because doing so will have a big impact amid deteriorating US-China relations. If it comes to diplomacy, Huawei’s options are extremely limited. The most effective solution is to build its own semiconductor manufacturing facility without US technology in the next 12 months. However, this is an impossible task.

Ironically, Huawei’s ultimate hope rests in the hands of US chip suppliers like Qualcomm, which viewed Huawei as a major customer before the Chinese company started making Kirin chips exclusively for smartphones. Qualcomm is said to be lobbying the US government to license sales back to Huawei.

Mike Feibus, a Feibustech researcher, commented that American tech firms are not happy with the embargo because it makes them lose big customers like Huawei. Therefore, they will continue to campaign to overturn the ban. However, it will depend on the outcome of the November US presidential election. The Biden administration may choose a different direction, focusing more on China’s human rights, while Trump is on trade. trade.

“I don’t think Biden will turn things around if he wins, it makes him look bad. China is not well-liked in America right now. However, the new government can grant more permits for US businesses to sell products to Huawei, ”said analyst Randall.

Ame Linda is Studied at King's College, Pennsylvania and currently living in New York, USA. She is a popular news content writer and currenly working and news editor at Storify News.