Legislative in Spain: The Socialist Party largely in the Lead

Socialist Prime Minister Pedro Sanchez won on Sunday the parliamentary elections marked by the entry of the extremist Vox party in parliament, more than 40 years after the end of the dictatorship of Francisco Franco.

Spanish Socialist Prime Minister Pedro Sanchez won the parliamentary elections on Sunday, but will have to seek allies to govern a divided country where the far right will enter parliament.

Back to the polls for very uncertain parliamentary elections, Sunday, April 28.

The Spanish Socialist Party (Psoe) of the incumbent President of the Government, Pedro Sanchez, largely won the general elections with 29.8% of the votes after counting 90% of the ballots.

This good score does not allow him to have a majority in parliament. The conservatives of the Popular Party fall to 16.7%, centrist Ciudadanos climb to 15.7% when Podemos limits the breakage to 14.3%. Finally, the far-right party Vox, which had collected 0.2% of votes three years ago passes the 10% mark.

With an increasingly fragmented political landscape, Spain is in any case in intense negotiations to form a government. Neither the left bloc (Podemos + PSOE) nor the right bloc (Ciudadanos, People’s Party and Vox) have a majority in parliament. The small independent parties will be the kingmakers. 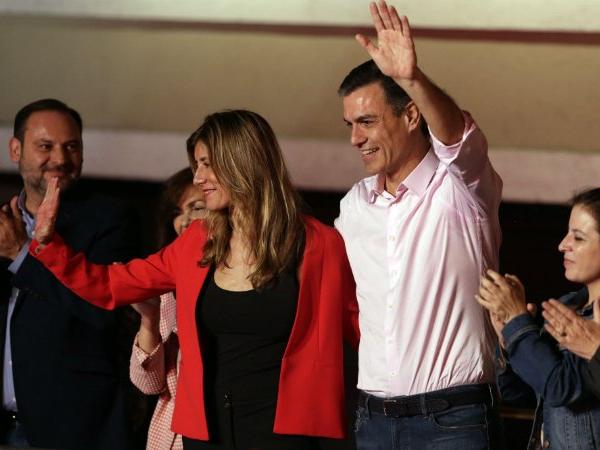 The Vox surprise. Marginal just six months ago, this ultra-nationalist party created a political earthquake by garnering nearly 11% of the vote in elections in the southern region of Andalusia. Vox should make a strong entry into the Chamber of Deputies, in a country where the extreme right was absent from the landscape since the death of Franco in 1975.

A high-stakes election. “Spain votes divided Sunday and in great uncertainty” title El Pais , the largest newspaper in the country, close to the socialists. On the right, the ABC newspaper says in an editorial that “the Spaniards must choose between a candidate ready to make a deal with the separatists and those who want to defend the unity of the nation” .

The vote could lead to a continuation of the instability that marks Spanish politics since the end of the bipartisan conservatives-socialists in 2015, with a fragmented Parliament and divisions exacerbated by the attempt of secession of Catalonia in 2017.

Pedro Sanchez, who came to power in June by overthrowing conservative Mariano Rajoy in a motion of censure, will be forced to build a difficult coalition to continue to govern.

The conservatives of the Popular Party (PP) have indeed lost half of their seats, and fall to 66 deputies, against 137 in 2016. The Liberals of Ciudadanos have achieved a great breakthrough, from 32 to 57 deputies. But even in alliance with Vox, the PP and Ciudadanos could not repeat at the national level the success they got in December in the regional elections of Andalusia, where they chased the Socialists out of their stronghold.

Vox, virtually unknown until it burst into Andalusia, brought the far right back to a country where it had been insignificant since Franco’s death in 1975.

Agnipath protests turned violent in Bihar on Tuesday as...

Russia captures strategically important town ahead of ‘next stage’ of Ukraine invasion, according to UK intelligence.

Russia captures strategically important town ahead of 'next stage'...