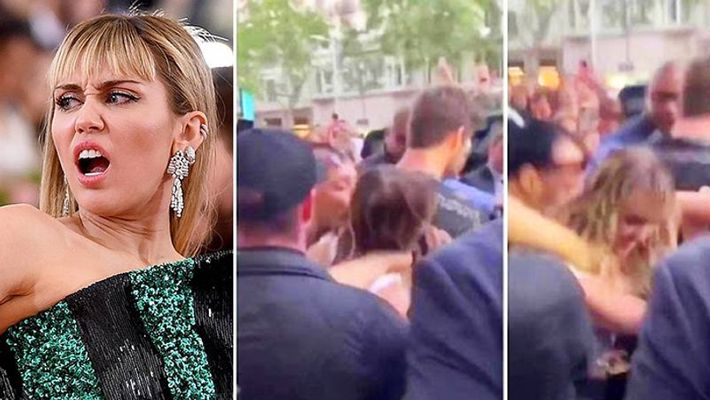 Miley Cyrus had a creepy meeting with an violent fan in Barcelona over the weekend.

The “Wrecking Ball” singer was reportedly exit her hotel in the Spanish city, where she presented the Primavera Sound music festival, when she was speechless by a crowd of fans.

In the video, which has since racked up hundreds of thousands of sights, a male fan swipes at Cyrus from the crowd, first clutching her by the hair and shoulder and then pulling her in for an unwanted kiss.

The singer was accompanied by what appeared to be a bodyguard and husband Liam Hemsworth, who was walking a few steps ahead. Once she seized herself away from the fan, Cyrus ran toward the “Hunger Games” star, who took her under his arm.

Cyrus has yet to comment on the stuff publicly, but an unnamed source told E! News that she was “certainly unsettled” by the incident and “doing well now.”

Representatives of Cyrus did not immediately respond to HuffPost’s request for comment.

The 26-year-old singer featured the festival alongside musical acts including Janelle Monae, Carly Rae Jepsen and Solange on Friday, the same day she dropped her new EP “She Is Coming.”

SHE CAME. SHE CONQUERED. Thank you for all LOVE! #SHEISCOMING #SHECAME

Cyrus performed a slew of new songs for her fans on stage, including the polarizing track “Cattitude,” featuring RuPaul, and “Mother’s Daughter,” from “She Is Coming.”