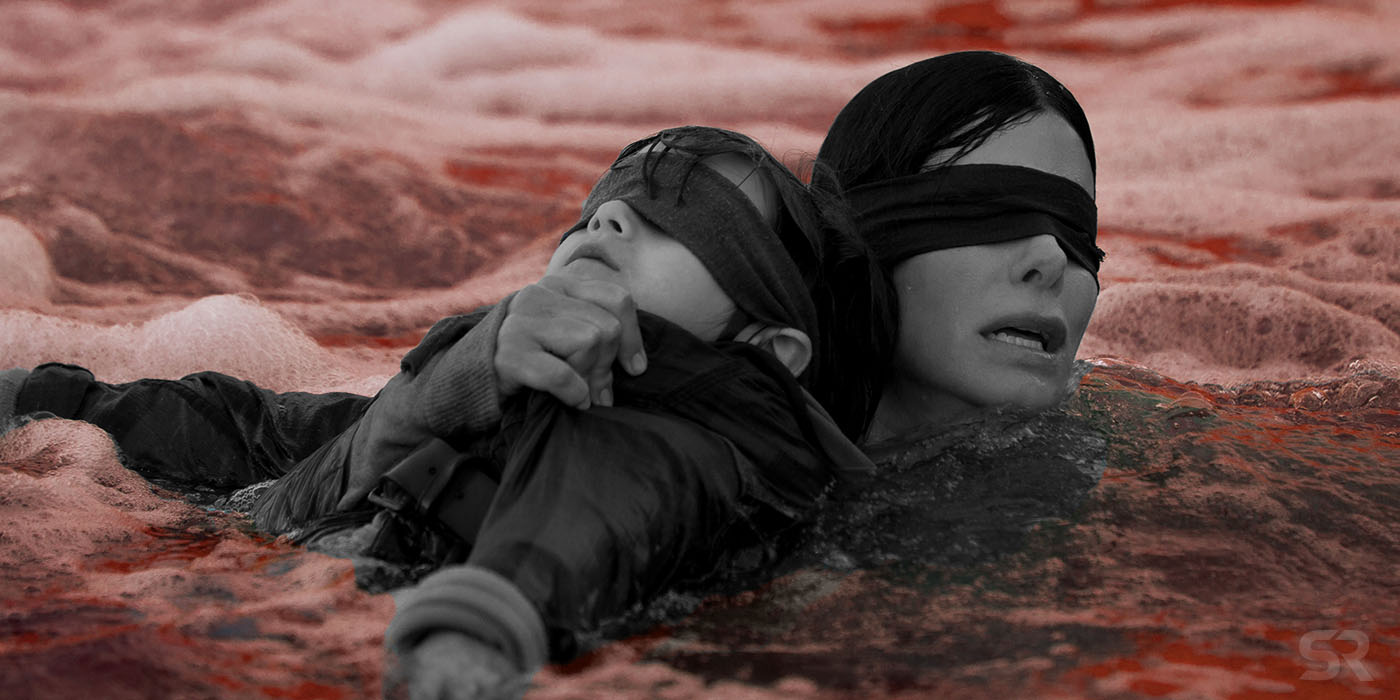 Bird Box Ending : If you are a Netflix geek, Bird Box would be the latest Netflix Original to get you on your nerves. According to the streaming giant, the movie was viewed by a whopping 45 million times during the weekend of its release. If Netflix is being honest with these stats, then Bird Box had the best opening weekend for any movie ever. Besides, the movie also attracted a whole lot of memes and a unique Bird Box Challenge requiring people to blindfold themselves to perform the usual day-to-day chores. The post-apocalyptic thriller is directed by Susanne Bier and is somewhat inspired by M. Night Shyamalan’s The Happening if we talk about storyline and ideas. However, the movie was less ridiculous and more entertaining, and it takes you on a complete toll that most of the people enjoyed. Even though the movie was a budget movie, it still manages to grab the viewer’s attention by constantly building surprises, thought-enticing themes, and ambitions. Clearly, it is justified why the movie was so popular even before its release.

The movie opens with Malorie (Sandra Bullock) strictly instructing her children to not to remove their blindfold or else they will die. The audience is then taken five years back when the shitstorm first hit their city. As it unfolds, a demonic creature that we never get to see, convince people to kill themselves just by a mere gaze. The events force the survivors around the world to blindfold themselves and race through the treacherous terrains without being able to see.

We see the movie oscillates between the present and past scenario of the current situation. In the latter scenario, Malorie teams up with a bunch of survivors to fight their way out of this misery. In the present day, she is seen caged in a cabin with boyfriend (Trevante Rhodes) and her two children. The couples know about a sanctuary for all the survivors but the only downside is for them to reach this safe spot, the journey is pretty precarious. They would have to fight their way through white water rapids while being blindfolded. However, when the demonic creature finds them and kills Malorie’s boyfriend, she and her children are forced to sail through the journey alone.

Malorie’s introduction at first didn’t seem to give a maternal impression. She instructs her children more in a military instructor manner than as a mother. Her kids are simply named Boy and Girl, and while it is pretty clear that she wants their survival at any cost, she doesn’t want to take their responsibility in the long run. The most appealing moment comes when they are sailing towards the most dangerous spot in the river, and one of them has to open their blindfold to navigate through the deadly spot. However, Malorie is shown concerned at that moment simply because she doesn’t want any of her brats to be killed by the monster. She then decides to steer the wheel in the hands of luck. As a result, the boat loses balances and is overturned by the tides, and the three of them are washed to the shore, inviting a new set of problems for them.

Once they reach the land, Malorie and her kids rush towards the said sanctuary for survivors and in the process, they get split apart. This is that moment in the film where it is actually portrayed by the director that Malorie does care about her kids and no matter what, their lives matter for her. We then see Malorie wandering around the woods in a hope that her children will see the emotional connection she is trying to build here. And eventually, after all the creature’s desperate events to split the family and manipulate them, the trio finally gets reunited and find the safe place they were searching for.

The safe place they found was a school for the blind, which was unaffected by the apocalypse. We are introduced to a community that provides safety to the inhabitants. It is at this sanctuary that we see Malorie giving names to her children, indicating that she is willing to provide all the love and care they would need going forward.

Bird Box is yet another survival story that is all about people surviving an apocalypse and seeking shelter in the process. However, the real story lies in the way how Malorie’s character is portrayed. It is her journey towards accepting responsibility and embracing the reality, all that she kept running from. Her journey as a whole depicts hope. Susanne Bier has done a commendable job with the edgy storytelling and the perfect amalgamation of stitching current and past day scenarios together. She takes you on a journey right from the day when Malorie is not a responsible mother, to the current day when the events make her realize that she needs to do the right thing. The story shows how Malorie fights the loneliness within herself and fights her way out of trouble for her children. I believe that is what Bird Box is all about. No matter what, hope is one thing that should be kept intact.