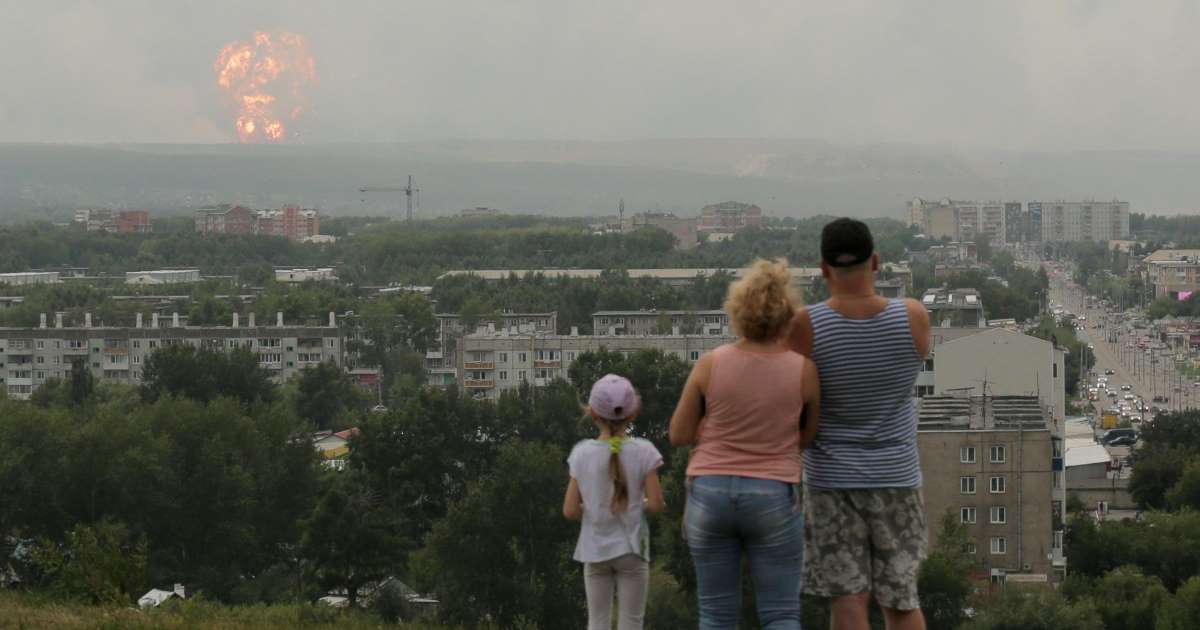 A series of massive explosions at a Russian military ammunition depot in Siberia prompter the evacuation of thousands and injured at least eight people on Monday. In response of the situation, Russian Defense Ministry said that the explosions were triggered by fire at a storage facility for gunpowder. It is situated near the city of Achinsk in the Krasnoyarsk region of Siberia.

A state of emergency has been declared by the authorities in the region and they have also ordered evacuation of people in several districts of Achinsk. Towns and villages within 12.4 miles of the depot are also in process to be evacuated. A total of 6,000 people were being evacuated as per Regional Gov. Alexander Uss.

The situation caused the suspension of air traffic within 18.6 miles of the munitions site. Several videos posted by locals show massive explosions pouring black smoke high into the sky.

Ammunition depot explosions are not a new thing for Russia. This is the second incident after what happened in May 2018 where a fire raged for a week until it was stopped by water drops from military aircraft.