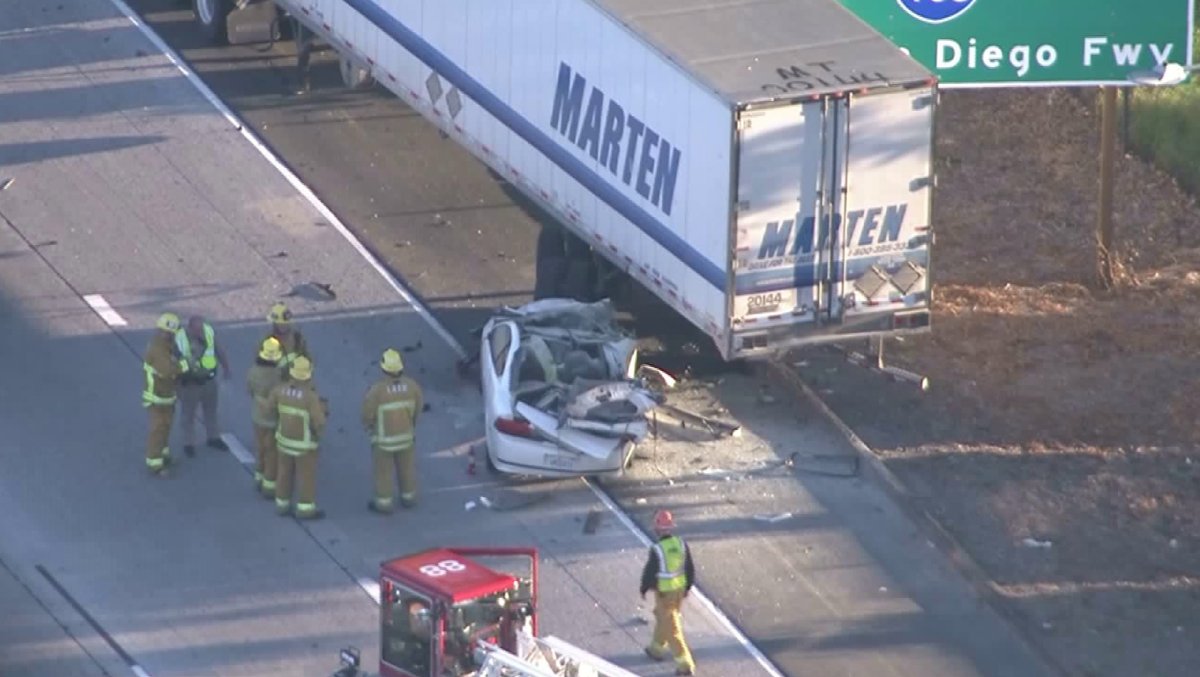 In an accident where a single vehicle rollover crashed on the southbound 405 Freeway in the North Hills Area, one casualty is being recorded whereas another person is seriously injured.
According to the Highway Patrol, the crash was brought into notice at around 3:30 AM and involved a cream coloured SUV falling what it seems 50 feet down the embankment off the freeway. The SUV landed on the side below the Roscoe Boulevard on ramp.
One victim who was killed was believed to be the person driving the vehicle who got ejected as the vehicle crashed. According to the Margaret Stewart, Los Angeles Fire Department, the victim was pronounced dead at the scene.
Another passenger from the vehicle was taken to the hospital where his condition is still serious. Names, ages, and other details of the victims are not immediately released by the officials. The cause of the crash is also under investigation.