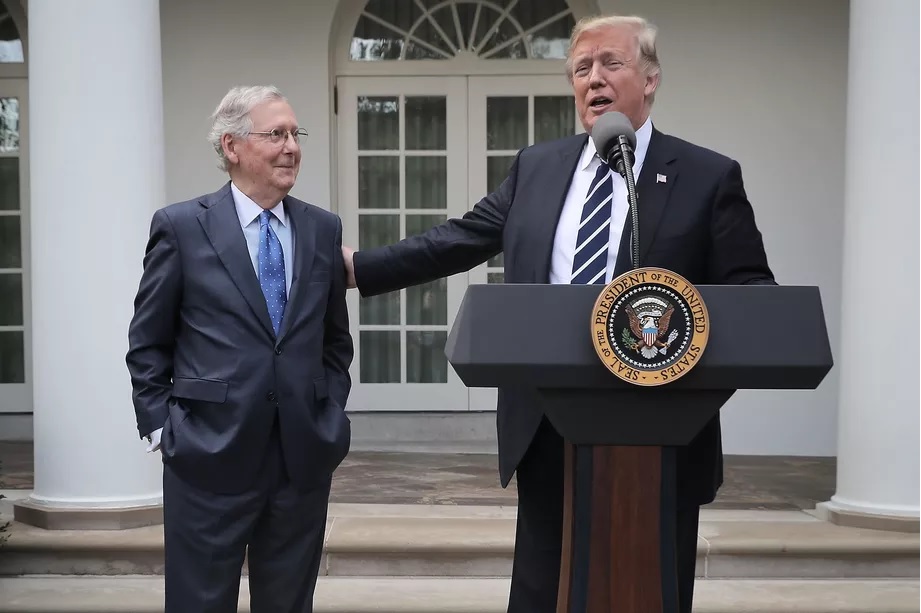 The bill, known as the First Step Act, will take modest steps to alter the federal criminal justice system and ease very punitive prison sentences at the federal level. It would affect only the federal system — which, with about 181,000 imprisoned people, holds a small but significant fraction of the US jail and prison population of 2.1 million.

Essentially, the bill will allow thousands of people to earn an earlier release from prison and could cut many more prison sentences in the future.

The bill has come a long way since it was introduced earlier this year, when a version of it passed the Republican-controlled House of Representatives. Back then, the bill made no effort to cut the length of prison sentences on the front end, although it did take some steps to encourage rehabilitation programs in prison that inmates could use, in effect, to reduce how long they’re in prison. But Senate Democrats and other reformers took issue with the bill’s limited scope and managed to add changes that will ease prison sentences, at least mildly.

If the bill gets another approval from the House (to confirm the changes), it will head to Trump’s desk. Even though Trump ran on a “tough on crime” platform in which he promised to support harsh prison sentences, the president has come to support the legislation — in large part thanks to the backing of key advisers, including his son-in-law Jared Kushner.

And the bill has support from a wide array of groups, including the American Civil Liberties Union, the Koch brothers–backed Right on Crime, and other organizations on both the left and right.

That doesn’t mean the bill skated by without opposition. Some Senate Republicans, led by Sen. Tom Cotton of Arkansas, took issue with the mild reforms in the First Step Act, even as Republican senators like Chuck Grassley (IA) and Lindsey Graham (SC) came on board.

That opposition at times appeared to endanger the bill, as Senate Majority Leader Mitch McConnell voiced skepticism of causing an intraparty fight over the legislation. But the bill ultimately passed the Senate with some changes.

If it gets through the House and Donald Trump, the First Step Act will become the first significant criminal justice reform law in years.

What the First Step Act does

Here are the major provisions of the First Step Act:

Not every inmate would benefit from the changes. The system would use an algorithm to initially determine who can cash in earned time credits, with inmates deemed higher risk excluded from cashing in, although not from earning the credits (which they could then cash in if their risk level is reduced).

But algorithms can perpetuate racial and class disparities that are already deeply embedded in the criminal justice system. For instance, an algorithm that excludes someone from earning credits due to previous criminal history may overlook that black and poor people are more likely to be incarcerated for crimes even when they’re not more likely to actually commit those crimes. So although the bill would put checks on the algorithm, it’s turned into a controversial portion of the bill even among criminal justice reformers.

The bill would also exclude certain inmates from earning credits, such as undocumented immigrants and people who are convicted of high-level offenses.

And it would make other changes aimed at improving conditions in prisons, including banning the shackling of women during childbirth and requiring that inmates are placed closer to their families.

Nothing in the legislation is that groundbreaking, particularly compared to the state-level reforms that have passed in recent years, from reduced prison sentences across the board to the defelonization of drug offenses to marijuana legalization. That’s one reason the bill is dubbed a “first step.” Still, it would be a step — the kind that Congress hasn’t taken in years, as it’s debated criminal justice reform but failed to follow through.

Some Senate Republicans threatened the bill

Even as the bill looked more and more likely to pass, it faced stiff opposition from far-right Republicans, led primarily by Sen. Cotton.

In tweets and articles about the legislation, Cotton said that he had several concerns about the bill, arguing that it would allow violent and high-level drug offenders out of prison early and make it far too easy to earn an early release from prison.

The bill’s supporters argued that Cotton either misunderstood the bill or was misleading the public about it.

For example, Cotton argued that “productive activities” are defined so vaguely in the bill that federal inmates could earn early release by watching TV or doing other leisurely activities.

Sen. Mike Lee (R-UT), one of the legislation’s supporters, countered that the early release programs “are designed by federal prison wardens, not prisoners. Federal prison wardens simply do not award time credits for watching TV. Furthermore, the bill mandates data analysis on the effectiveness of each recidivism-reduction program. If the program is not proven effective, wardens will not award time for participating in it.”

Cotton also claimed that some high-level offenders would be eligible for early release under the bill, because it didn’t exclude, for example, someone convicted of threatening to assault, kidnap, or murder a judge from earning time credits.

But Jessica Jackson Sloan, the national director and co-founder of the criminal justice reform group #Cut50, argued that this misunderstood how the law is applied in reality: Someone convicted of threatening to kidnap a judge would also be convicted on kidnapping charges more generally — and those general charges would lead to exclusion under the First Step Act.

Cotton “should know better than a lot of the arguments he’s putting out there,” Sloan told me.

Still, the opposition from some Republicans, including Sen. Ted Cruz (R-TX), was enough to make McConnell skeptical of allowing a vote on the First Step Act. So when those senators demanded minor tweaks to the bill, supporters complied — adding, among other changes, some restrictions to judges’ use of the “safety valve” and several more exclusions to earned time credits, including for some drug and violent offenders. The tweaks were enough to get the bill through the finish line.

Cotton ultimately voted against the legislation, despite the changes.

The senator has long opposed criminal justice reform. He’s argued that America has an “under-incarceration problem,” even though the US has by far the highest incarceration rate in the world. From his view, stiffer prison penalties deter crime, keeping Americans safe.

Another huge review of the research, released last year by David Roodman of the Open Philanthropy Project, found that releasing people from prison earlier doesn’t lead to more crime, and that holding people in prison longer may actually increase crime.

That conclusion matches what other researchers have found in this area. As the National Institute of Justice concluded in 2016, “Research has found evidence that prison can exacerbate, not reduce, recidivism. Prisons themselves may be schools for learning to commit crimes.”

The First Step Act starts to chip away at this problem at the federal level, although its overall impact is unlikely to be very large.

Even if the bill passes, its effect on mass incarceration will be relatively small

Even the First Step Act’s most ardent supporters acknowledge that it will have a fairly small impact on the size of the federal prison system and particularly the national landscape. The bill may let thousands of federal inmates out early, but, as Stanford drug policy expert Keith Humphreys noted in the Washington Post, more than 1,700 people are released from prison every day already — so the bill in one sense only equates to adding a few more days of typical releases to the year.

One major reason for the bill’s limited scope: It deals only with the federal system, which is a fairly small part of the overall criminal justice system in America.

Consider the numbers: According to the US Bureau of Justice Statistics, 87 percent of US prison inmates are held in state facilities (and most state inmates are in for violent, not drug, crimes). That doesn’t even account for local jails, where hundreds of thousands of people are held on a typical day in America. Just look at this chart from the Prison Policy Initiative, which shows both local jails and state prisons far outpacing the number of people incarcerated in federal prisons:

One way to think about this is what would happen if President Donald Trump used his pardon powers to their maximum potential — meaning he pardoned every single person in federal prison right now. That would push down America’s overall incarcerated population from about 2.1 million to about 1.9 million.

Similarly, almost all police work is done at the local and state level. There are about 18,000 law enforcement agencies in America, only a dozen or so of which are federal agencies.

While the federal government can incentivize states to adopt specific criminal justice policies, studies show that previous efforts, such as the 1994 federal crime law, had little to no impact. By and large, it seems local municipalities and states will only embrace federal incentives on criminal justice issues if they actually want to adopt the policies being encouraged.

That’s not to downplay the work of criminal justice reformers who are trying to reduce the size and burden of what amounts to a fairly large prison system at the federal level. But to understand the bill, it’s important to put its full impact on mass incarceration in the broader national context.