Watashi Ga Motete Dousunda is a Japanese anime most commonly known as Kiss Him, Not Me. This romatic comedy shojo manga series is illustrated and written by Junko. The anime series started streaming on the TV since 6th October 2016, and has since attracted a lot of users. The first season has a total of 12 episodes with each episode having a runtime of 22 minutes. The anime series came a little too late, and the manga as well as the audio series were released before. Manga, written by Junko released on 11th October 2013, whereas the Audio drama was released on 13th January 2015. It was the April 2016 issue of the Bessatsu Friend magazine that announced the anime adaptation of the manga. Kazuhiko Tamura sketched the characters, Hiroshi Ishiodori directed the anime series, with Michiko Yokote handling the composition for the series, and Brain Base taking care of the production. Kiss Me Not Him was simulcast by Crunchyroll and aired in Japan starting from 6th October 2016 to 22nd December 2016. Funimation took care of the English dubbed version of Watashi Ga Motete Dousunda. 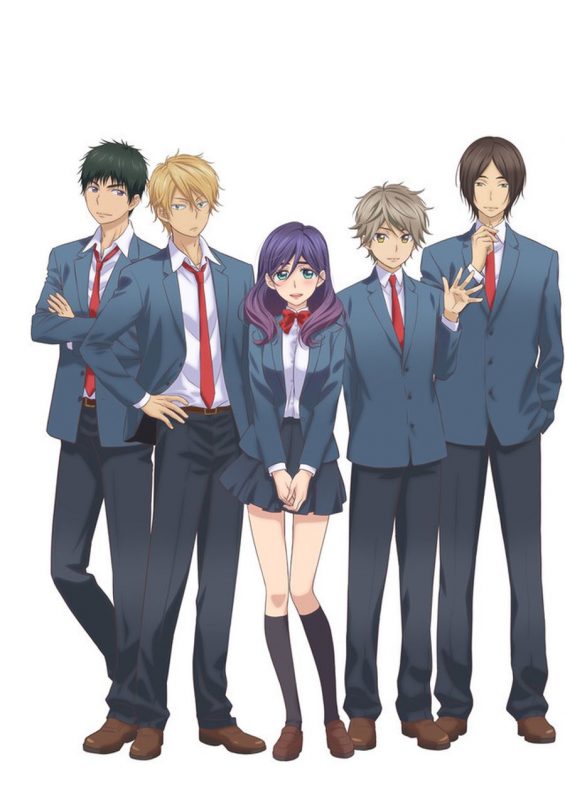 Kae Surinuma is a young female anime geek and manga who’s also a fujoshi. Kae loves reading material that is all about boys love (yaoi). She also imagines men around her in a romantic relationship, both fictionally and for real. However, the day when her favorite anime character is killed off, makes her so depressed that she locks herself in a room for one whole week. After a week, when she steps out, she realizes that she has lost a lot of weight. Kae has now turned into a beautiful woman who eye-catches the attention of four boys at her school – Yūsuke Igarashi, Hayato Shinomiya, Nozomu Nanashima, and Asuma Mutsumi. All these four boys fight for Kae’s attention and they are joined by another fujoshi girl named Shima Nishina. Despite knowing Kae’s weird tendencies, the five characters try their best to get her affection in any way possible. However, to their surprise, all Kae wants is for the boys to fall in love with each other, not her. 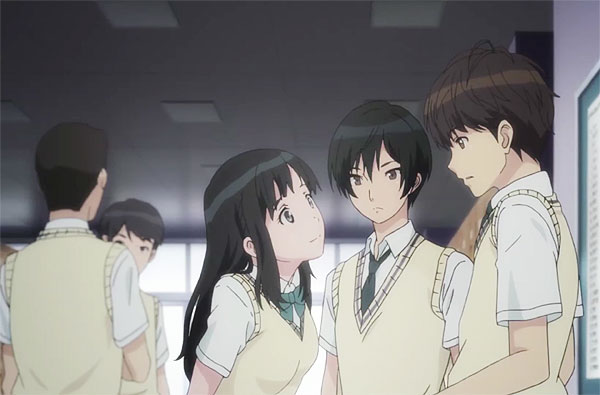 The first season was well received by the critics as well as by the users. With an overall rating of 6.9 out of 10 on IMDB, the anime series falls in the good category. Several websites like the MyAnimeList rated Kiss Him Not Me based on the 12,000 votes they received from the viewers. It is rated 7.64 by MyAnimeList. Even on Rotten Tomatoes, the show bagged an average score of 60 out of 100 with a user approval rating of 45%. Though it is not the best rating for an anime series, it is still a good score. Crunchyroll rated the show a rating of 4.5 out of 5, which is a very good score. To sum things up, the anime series was well-received by the audience overall.

With a first season so good and captivating, the series already was bound to have a second season on its way. Users along with the anime critics were quite sure about the release of Kiss Him Not Me Season 2. Considering the unique storyline of the first season and amazing characters, the second season would undoubtedly be the most anticipated anime series. Releasing in April 2017, the show is all set to take you on toll yet again.

GoGoAnime : Anime has a huge fan base everywhere...

Rick and Morty Season 4 Release Date, Speculation, and Everything Else

Love Live! Sunshine!! Finally Has A Season 3 And Here Is Everything You Would Like To Know About It