After a long year of devastation, the global economy is finally beginning to show signs of recovery. Nearly every specialized or general staffing agency is seeing an increase in successful placements. On the face of it, the economy seems to have crossed the worst part of the pandemic with skyrocketing and rapid unemployment all over the United States. But despite definite steps towards recovery, there are still millions of citizens out of work, depending on benefits and stimulus support.

Many previously furloughed workers are beginning to come back to their old jobs. Certain businesses are even adding new workers to strategic positions. But there seems to be a significant disproportion as to which population demographics are back at work and which aren’t. This blog explores how the American workforce looks after a year of an unprecedented global health crisis.

A Look At Employment Levels in 2021

Job losses were on a never-seen-before scale in spring 2020, when the virus was ripping through the United States. Smashing all previous unemployment records, millions of Americans applied for unemployment benefits when the pandemic first hit. The economy is definitely fighting its way back on track, but both the initial fallout and the current economic recovery have not affected the American workforce proportionately.

Black and Hispanic women have always been a smaller workforce demographic even in pre-pandemic times. A year after the pandemic, this demographic is far smaller than any other in the employed workforce in 2021. Women, and particularly women of color, seem to be hit much harder than male workers, and as a result, they are struggling harder to gain equitable benefits from the economic recovery.

In February 2020, there were over 12 million Hispanic women employed in the United States. Immediately after the pandemic hit, this figure dropped to an alarming 9.4 million. Similarly, a significant percentage of black female workers has dropped off the total employed workforce. These drops in black and Hispanic females in workforces all over the country are nowhere near in proportion to other demographics.

Reasons Behind The Disproportionate Impact

There are certain social and recruitment variables that play their part in creating the disproportionate impact of both unemployment and recovery on specific demographics. In the case of black and Hispanic female workers, there may be added complexities.

Need to Care For Dependents

In many cases, the impact was harsher on this demographic because many females had young children and dependents to care for during the pandemic. This something that isn’t sufficiently accounted for in many unemployment statistics. The official figures tend to focus specifically on people actively looking for employment, instead of including workers who are restricted from becoming active job seekers due to their responsibilities concerning dependents.

The COVID-19 pandemic has devastated virtually every industry across the United States. The service, travel, and hospitality industries, in particular, have seen the worst of the impact. These industries have reported massive layoffs and furloughs, despite which they are still struggling to come back online. The problem is, this is a sector that offers significant employment opportunities to black and Hispanic females. As a result of the industry struggling, these workers are hit harder than many other demographics.

The employment statistics from a year ago are a logical benchmark to measure the current employment situation against. But in itself, this comparison only offers a very limited and one-dimensional view of the impact economic recovery is having. In particular, how, as the economy recovers, already vulnerable workforce demographics are actually losing out. Therefore the gains currently accruing with recovery are not being spread evenly or equitably throughout the entire workforce. In other words, as the economy recovers, the employment disparity between various demographics continues to grow instead of shrinking.

Of course, these disparities undoubtedly existed even before the COVID-19 pandemic ripped through the United States. However, when comparing the proportion of each individual demographic currently employed vs the proportion of the same demographic employed last year, the growing disparity can seem even more alarming.

The race and gender of particular workforce demographics seem to have a very visible impact on the disproportionate impact of COVID-19 on employment. But at the same time, this is not the only hard-hit area of the American workforce. Workers on the younger or older end of the workforce spectrum are struggling to find new employment. This is especially true of workers involved in the food and restaurant industry. However, the impact has been slightly harder on older workers, while some younger ones have managed to recover old jobs or find new ones. This is because both employers and older workers are wary of the increased health risk if exposed to the coronavirus.

Education levels also play a key role in the disproportion. Workers with a college education or higher have typically been at the lowest risk of being laid off or furloughed. This demographic has remained closest to pre-pandemic employment levels compared to any other demographic. Jobs that are able to transition into remote working have generally been safe from the worst of the economic devastation. But workers with a high school diploma or GED have found it very difficult to land a new employer. 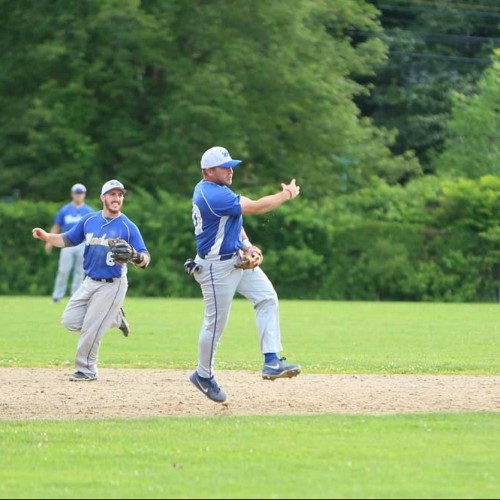 Scott Somervillehttps://www.storifynews.com/
Hi this is Scott Somerville, I have been working in a staffing agency for last 5 years, I love to write about my field and when I am free from work, I usually write, my favorite topics are Business and HR. Sometimes I write for Storify News

Google Vows to Cooperate with CCI after Android Ruling

Microsoft on Wednesday said it would eliminate 10,000 positions...

Mark your calendars, because the 2023 Marketing Automation Bizleads...