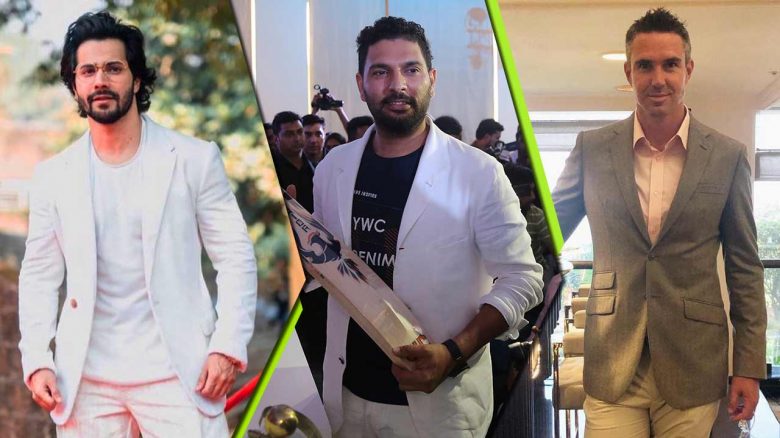 All Cricket fans across the country got shocking and emotional when the legendary cricketer Yuvraj Singh declared his retirement from international cricket on Monday, after a long career that spanned almost two decades. The southpaw, who has over 8000 runs to his name in the ODIs and over 1000 runs in T20Is, also confirmed that IPL 2019 was his last tournament as a player. While his announcement has left millions heartbroken, there are many who are also hailing him for his decision. Not just fans, but multiple celebrities and cricketer personalities have also taken to their social media handles to celebrate the legend.

Virat Kohli termed him as an ‘absolute champion’ and wished Yuvi well for his future.

Congratulations on a wonderful career playing for the country paji. You gave us so many memories and victories and I wish you the best for life and everything ahead. Absolute champion. @YUVSTRONG12 pic.twitter.com/LXSWNSQXog

Bollywood actor Varun Dhawan called him ‘a great ambassador of the game’.

Thank u @YUVSTRONG12 for all the memories and always being a great ambassador of the game #yuvrajsinghretires pic.twitter.com/kLao4K45zM

Former England player Kevin Pietersen called Singh a ‘pie-chucker’ and added that the latter’s career has been with ‘plenty of highs’ and ‘some pretty brutal lows’.

Virender Sehwag dug out an old picture of himself with Yuvraj and penned a lengthy message. He stated that players like Yuvraj are very rare and don’t come often. He further added that Yuvraj has gone through many difficult times but has come out as a winner every time.

Players will come and go,but players like @yuvisofficial are very rare, they don’t come often. Gone through many difficult times but thrashed disease, thrashed bowlers & won every time. Inspired so many people with his fight, determination & will-power. Best wishes always, winner of hearts #yuvi .

“After 25 years, I have decided to move on. Cricket has given me everything and is the reason why I stand here today. I was extremely lucky to play 400 games,” he signed off.