Ever since the world came into emergence, it paved the way for settlements to expand their territories for numerous reasons, in the best of their interests. Over centuries, the race for survival took desperate form leading to wars. Strategies changed and so did the weapons, the lands subtracted and added.

The Cold war ended in 1991 but the start of the 21st century saw the rise of war in cold, the Arctic Militarization. For the past couple of decades, the Arctic had been viewed as an area of ‘high north, low tension’. the melting of the polar ice caps is creating new opportunities for trade and resource extraction.

Militarization of the arctic is the major concern. Beneath the icy surface, there lies a tremendous potential of the arctic, its mineral resources which is most likely to become the reason if the next war starts.

The Arctic is the new battleground for countries to compete and establish their dominance in the region. What makes it so significant is its richness of resources and major control over the future economic sea route. Adding to this, is the ever persistent will to gain more and more territory.

Major countries like Canada, Denmark (via Greenland), Finland, Iceland, Norway, Russia, Sweden and the United States have deployed heavy military forces and settled up numerous bases throughout the region with Russia having most of the bases equipped with Nuclear capacity. The climate crisis is intensifying a new military buildup in the Arctic.

Russia is reopening and strengthening cold war bases on the Kola peninsula in the far north-west of the country. Norway is beefing up its military presence in the high Arctic. In 2018, NATO announced its one of the largest exercises in the arctic through Norway with 40000 troops. The US is also sending hundreds more marines to the region on long-term rotations.

The threat of the open ocean is causing nations to be more concerned, which is why we are currently witnessing increased military activity. The distinctive security architecture of the Arctic takes its shape and form from the extremes of nature. If the Arctic falls down, it will be merely another ocean acting as a trade route for countries.

China has declared itself a “near-Arctic state,” articulating its desire for a seat at the table in polar decision-making. It is evident that for yet another time, the two sides are coming against one another in yet another new battleground.

The very top of the world has remained out of reach for the majority of human history because it is too cold, far away, and dangerous for the kinds of intense exploitation that have transformed other locations. However, the Arctic is currently warming more quickly than any other region of the planet, and the sea ice that once served as a barrier to keep commercial and military ambition in check is melting away.

The Arctic is now frequently referred to as an “emerging frontier,” and several arctic countries, as well as a few others without Arctic borders, are vying for access to the area’s abundant supplies of fish, gas, oil, and other material resources.

If the arctic ice melts completely, it will open yet another sea route connecting the West to Asia which is estimated to be more profitable than the Suisse Canal route but at the cost of preposterous climate consequences.

Arctic Militarization: A Failure of the United Nations ?

The Arctic Council, established in 1996, provides an integral means for cooperation, coordination, and interaction among Arctic states but quite evidently, the very own arctic council is racing for its exploitation.

Till now, No significant treaty has been made concerning the arctic like the Antarctic treaty therefore it is governed by an old convention called “United Nations convention on the law of sea”, a universal and global convention that applies to the Arctic Ocean just as it applies to all marine areas in the world. The first major problem is in the perspective of viewing the arctic as an ocean.

Secondly, according to UNCLOS, the five polar states bordering the Arctic Ocean have the right to establish a territorial sea up to a limit of twelve nautical miles and an exclusive economic zone of up to 200 nautical miles. According to the UN convention of the law of the sea which oversees the arctic, signatories have EEZ stretching 370 km from the shore.

In certain circumstances, a nation can expand its EEZ to 650 km from the coast if it proves that the continental shift extends beyond the standard deviation by submitting scientific reports. USA, Denmark, Norway, Canada, Russia have submitted their continental shelf claims to the UN but they overlap which creates a problem for the legitimacy of claims.This has convinced states to disregard the peaceful methods and establish dominance by power.

1. The military activities and military bases should be prohibited in the region since it projects a threat to the Arctic’s security. Distinguished nations have territorial claims and to protect those interests, states have increased their military activities in the region and a significant increase has been there since 2007. Russia has a full preparation of fighting a war for maintaining its interest, France strongly condemns such actions.

2. The Arctic should be open for research work, exploration etc. to increase the horizon for human intelligence in the field of mineral archaeology, geography, and other concerned fields.

3. The claims for exceeding the EEZ by states which overlap should be overlooked and the Arctic should be declared as “No man’s territory” and be used for the purposes the delegate mentioned before.

4. The potential resources present in the arctic such as hydrocarbons, oil and other mineral resources should be saved for future needs since it has a multi-trillion USD worth or even more than that as reflected in the US’s geological survey in 2008.

5. No more territorial claims should be made after considering these solutions and shift our focus to Global warming which is melting the polar ice caps and creating the trade routes. Hence there should be a remembrance and re-consideration of the Paris agreement 2015.

6. The future trade routes are being made but a huge cost is being paid for it which is harming the environment. When we act to reduce global warming, the ice sheets can be preserved which blocks the way for future trade routes and continues to benefit the Suisse and the Panama canal which holds great economic importance, currently.

Apart from just being a battleground for future warfare, the Arctic will serve as an evidence of advancing geopolitical scenarios and whoever gets the upper hand in this, will surely act as a global superpower. Nevertheless, the morality of a state’s existence lies in its virtues and ideals it has followed since its establishment and not the short cuts it has taken for faster success.

Previous article
Who are Prince Andrew’s Daughters?
Next article
The Red Threat: A Dive into Chinese Diplomacy 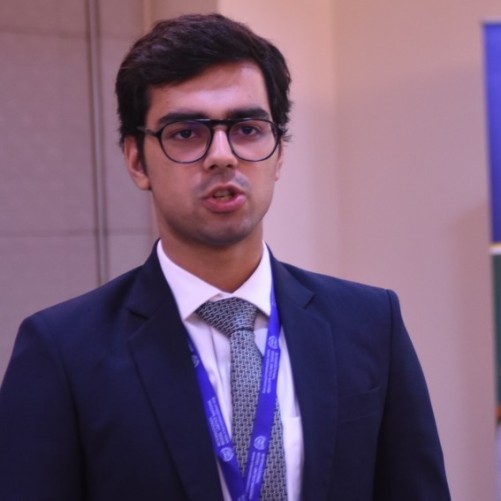